‘Tis the season to be jolly.  But for many of us, it’s also a time when we experience conflict during those much-anticipated gatherings with our loved ones.  That conflict may be very visible – or it could be bubbling under the surface.  It’s still conflict.  And it can still feel stressful, uncomfortable and even upsetting.

Here is a collection of my favourite conflict management and resolution tips.  Some have been picked up during mediation, others from working in conflict hotpots across the globe and others from simply living and working in situations where conflicts arise.

Conflicts are part of life.  In any discussion where you have multiple views, perspectives, ideas expressed, there’s almost certainly going to be a conflict between them.  This is a good thing because it makes our conversations richer and more interesting.  How dull would it be if there were only one way of looking at an issue?  See here for our previous post on why we really need some conflict, handled well.

The challenge is to embrace those differences, and continue the conversation.

Give those involved a good listening to.  Hear them out.

Samaritans use the Listening Wheel as a prompt to utilise all elements of active listening: asking open questions; reflecting; reacting clarifying; summarising; using short words of encouragement.  For more on learning to listen like a Samaritan, see this wonderful book.

And ask questions in the spirit of friendly curiosity

Find out why they are saying what they’re saying.  What do they need to happen and why is that?  What interests or needs do they have?

If you find yourselves on opposite sides of an argument or issue, it’s all the more important to show curiosity. What has led them to reach the conclusions that they have done? A useful 1 minute summary is here.

And encourage those involved to put themselves into the other persons’ shoes.  Mediators will sometimes ask parties think through the issues from the perspective of the other party. As Gerry O’Sullivan says, “it’s important to ask the party to think like the other party with that other party’s thoughts, feelings and perspectives, rather than thinking about what they would have done in those circumstances.” It is a very powerful way to ease the antagonism/competition we often find in conflicts.

To help maintain a sense of perspective when emotions start to run high, we can practise ‘distanced self-talk’, following the example of Marcus Aurelius.  If that doesn’t work for you, there are other techniques to support us to manage our emotions.  It gets harder to do that in a state of stress.  But that’s when you really need them. Here’s a bit more on managing emotions.

You may agree to disagree.

You may not reach an agreement or shared perspective on an issue. That’s ok. You can disagree on the substance without breaking the relationship. Here’s how:

Focus on the future

Many conflicts have several different dimensions – there will be the trigger event or comment.  But there are often many events, comments and hurts in the past that have contributed to the current situation.  Especially in family settings, the slights and hurts can last a generation.  Getting stuck in a tit-for-tat exchange of who did what to whom is unlikely to set the scene for a more positive relationship in the future.  It may be necessary to share your feelings and understand the impact of past actions.  But for the relationship to move on, it’s helpful to refocus on we want from the relationship in the future.

Talk to us for more on how to manage conflict better
Alternative Dispute Resolution, conflict, Conflict Coaching, Mediation
SHARE

We can’t always agree. And how we disagree makes all the difference to our working relationships.

I disagreed with a friend on an issue recently. We had differing perspectives, both valid. It really felt uncomfortable because it was hard to agree to disagree with them – it felt as though they needed me to accept that they were “right”. I didn’t see it like that. And I’d have felt so much comfortable in the discussion, if we’d been able to reflect on our different perspectives without the need to determine who’s right and who’s wrong.

It struck me that there really is an art to disagreeing with someone. That applies in personal relationships with friends and family, as well at work.

In Rebel Ideas, Matthew Syed celebrates teams where areas of disagreement and differing perspectives are aired. Have you ever worked in a team like this? I have, but only once in my career. Team discussions sometimes felt pretty uncomfortable. For leaders, it can certainly be hard work to chair and facilitate those discussion. But the alternative – Syed’s teams of clones – are often the kiss of death for creativity and innovation.

Done well, airing disagreements can maximise team creativity and engagement. Handled badly, it can be toxic.

So, how can we disagree well?

Yes, but here’s another bonus tip:

Clarify your objective before you start

Get in touch if you’d like to turn around disagreements in your team and maximise the opportunities for innovation and creativity.

Who relishes a conversation that feels uncomfortable?  Alesha Dixon commented in an interview earlier this year – “I love an uncomfortable conversation. I really do. Because I’m not afraid to learn and to be wrong.”  Her comment has really stayed with me. It’s unusual to hear someone talking about difficult discussions in such a positive way.

How do you feel when you’re out of your comfort zone?

It’s not uncommon to feel threatened – as though you’re under attack. If you feel yourself going into flight-fight mode, you wouldn’t be alone. Dan Goleman referred to the “amygdala hijack” in Emotional Intelligence: Why It can Matter More than IQ. That hijack often doesn’t bring out the best in anyone. Steve Peters has described the brain’s reaction to the hijack as a chimp.

When we perceive specific threats in a social situation, it affects our ability to interact productively. Commonly these are threats to our social standing: having our competence undermined, feeling as though we’re being micro-managed; believing a situation to be unfair. Acknowledging the stressors that trigger our threat responses is a good way to ensure that the confrontation doesn’t get the better of you.

‘Being wrong’ is a very emotionally loaded phrase.  It can get in the way of listening to other perspectives because it’s a rare person who is able to keep practising active listening, when they feel like they are under attack.

It can be scary to admit that you might be getting something wrong – or that you just don’t know about something.  If you’re trying to do that in the middle of a conflict, then that’s really tricky.

But it’s important. You may be missing out on an opportunity. Those emotions may get in the way of hearing a different perspective – really hearing it, without that sense of threat.

Thankfully there’s a lot of advice around about managing that emotional response during difficult conversations.  Much focuses on getting your breathing under control – whether as part of mediation, or just taking some deep breaths.

Sometimes, getting some support from someone outside the situation can make a difference to how those discussions go. If you’d like some support to manage difficult conversations, get in touch and I might be able to help.

Working in Helmand or Mogadishu looks very different to working in London or Hove, where I’m now based. But conflicts often have much in common. Here are three insights from my time working in international conflict environments that are relevant to mediation, and more broadly.

Conflict and crisis can be useful.

This needs a nuance before starting – it isn’t always the case. Not for the millions of people worldwide who suffer the consequences of violent conflicts. But often, to quote Einstein, in the midst of every crisis, opportunity.

A delay in delivery of critical farming supplies for the programme that I worked on in Helmand meant that it looked like we would miss the planting window. That could have meant a significant loss of credibility for the local government, who we worked with. Being that close to failing was useful. It opened up an opportunity to be bolder, braver and more creative as we worked in different ways and considered ideas that we wouldn’t have otherwise. We came out stronger.

I strongly believe that conflict can be an opportunity. It can lead to fresh thinking, flushing out issues and making changes that could have otherwise taken years to work through iteratively. Obviously, the challenge is having the skills to manage that conflict constructively. That’s where mediation and conflict coaching can help.

Clarity about what really matters is crucial.

Conflict can feel dramatic; the he/she/they said accounts can be very compelling. But that the drama may make it difficult to lose perspective and/or what really matters.

The pace and pressure made it hard to prioritise when I worked in Helmand. It often felt as though everything was important, because so much really was. To focus on the core mission, my military colleagues defined their ‘main effort’. That means that, of all the actions that are taking place within a command, main effort is applied to the single one that is recognised as the most critical to success at that moment. It’s logical, if really challenging to step back and consider what is the most important objective. It’s worth it because the clarity this gives is invaluable.

Skilled mediators have an ability to flush out what really matters to the parties. It may not be the first issue presented. But it needs to be at least acknowledged and, most likely, addressed for an agreement to be reached. An external actor to a conflict has a different perspective and can help to identify what really matters to each party.

Understanding whose conflict this is – and my role.

There may be (many) more people involved in a conflict that those at its core, who ultimately have the power to reach an agreement.

I worked in Somalia on the agreements for the shape of the security sector and extent of donor support. One significant risk was that the interests of the donors and imminent timing of a big international conference would drive the agreement. But sustainability depended more on the agreements between myriad Somalia stakeholder, plus the popular support from affected communities. They were the main protagonists in the conflict.

Thinking about whose conflict is it really is also more relevant broadly. A mediator creates the space for discussion, manages the mediation process and listens out for the issues that really matter. They don’t ‘own’ the dispute, nor are they responsible for reaching an agreement. The parties are responsible. But, as in international conflicts, it can be beneficial to have that external actor present. They can provide a framework for the discussion and help the parties reach an agreement.

If you’re affected by a conflict and would like to explore your options then I’d love to talk to you.

LEARN MORE ABOUT US
GET IN TOUCH

Copyright protected, please do not copy. 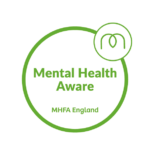